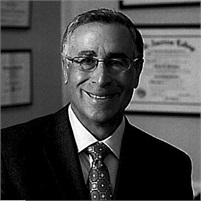 Hector begins all client meetings with the purpose of bringing value to a client’s situation. He helps them crystallize what is most important to them and then together develop a practical plan. This personal connection is what he enjoys most about being a financial consultant.

Hector’s desire to help people brought him to a career in the financial services field in 1994 after twelve award-winning years with a multinational oil company. He became seriously interested when told that the best financial consultant has a mind of a capitalist and the heart of a social worker. While affiliated with American Express, he built his practice in areas of retirement, investment, and business planning winning numerous awards for his quality of work. In his management role he was instrumental in the development of new advisors and was designated a Rhode Island public speaker for American Express.

“At times I act as a devil’s advocate, challenging clients’ beliefs or decisions, at other times I am a counselor and sometimes even an umpire,” - Hector Rodriguez commenting about his client relationships.

Hector Rodriguez, MBA, ChFC from Rodriguez Wealth Management has been recognized as a Five Star Wealth Manager for five consecutive years. He was evaluated on 10 key factors, including client retention rates, client assets administered and favorable regulatory and complaint histories.

Award based on 10 objective criteria associated with providing quality services to clients such as credentials, experience, and assets under management among other factors. Wealth managers do not pay a fee to be considered or placed on the final list of 2012, 2013, 2014, 2015 and 2016 Five Star Wealth Managers.

We’ve built a handy mobile app that allows you to ask us questions on-the-go and to receive helpful notifications.